READ DESCRIPTION FOR EXTRA DETAILS BEFORE COMMENTING ABOUT SHORT TAILS!!
Upgrading Duck's... aka my sumatran short tail python's- enclosure from her tub that was a part of my rack system, to a vision cage!
She's also the snake I care for who will get the largest/heftiest when it comes to weight. Sumatran short tails are the SMALLEST of the "short tail" species, but still get to be 4-5 feet long as adults. They just tend to weigh a little less. I had trouble finding many pictures of adult sumatrans from afar online though, so I used blood pythons in the reference pictures, and figured it was no biggie since more people get bloods over sumatrans anyways. Just wanted to throw that in here so y'all know that i'm fully aware that bloods get fatter than sumatrans and know the pictures in my video depicted a species of short tail pythons that are a lil bit different from mine! also when it comes to temperature checks for my snakes, i use a heat gun which is why i didn't put any temp readers in her cage. Also have monitors that shut off her heat source after it gets to a certain temp! if ur not super confident with ur heating equipment /newer to owning snakes i'd 10/10 recommend starting with a constant display of the temps before switching to a gun!
---------
Let me know what you think of her cage in the comments below! This is NOT a lifetime cage, she will get an upgrade once again when she doubles in size.
****cage from: visionproducts.us/****
-------------
*I do not own the clip of the powerpuff girl tv series from 5:13 to 5:21*
-------------
"What's the difference between your snake, and a blood python?"
Sumatran short tail pythons are also commonly known as black blood pythons, but that is a deceiving name as they are a different species of short tail pythons than blood pythons.... they are SUMATRANS. They got this name for being a short tail python, like blood pythons, but being darker in color. As they age they get darker and darker until they are almost a black color! This is where the "black" blood term comes from, but like i said they are not bloods at all, they are sumatran short tails :)
----------------
"Tub systems are CRUEL"
My tub system currently is for baby to young adult pythons, and some colubrid species. When I move soon (in the next two months) I plan to get a secondary rack system for the adults that are needing upgrades, and more vision cages for some of them too, depending on the species!
Tubs are completely SAFE and a GOOD alternative for glass enclosures. More shy and timid snakes appreciate to opaque sides of a tub, plus a tub also insulates, maintains heat, and holds humidity better than any cage could - from my personal observation. There's all different depths and lengths of tubs, so you can really make it work for any species! I currently only have one size tho which is why she needed to leave it. Side note, some people believe in "breeder" style tubs as a standard method for housing snakes in general, but I do not. I personally like to provide my snakes with much more stimulation and the ability to climb/burrow/or both depending on the species. Essentially my tubs are just the same setup as my cages, but in a rack. I do not do the paper towel, single hide, and bowl method. Duck's cage was getting scarily close to that kinda setup and I knew I had to change it ASAP.
---------------
"You didn't talk much about the care requirements of this snake... Can you do a video like that?"
In the future, I plan to do more cage tours and guides to how to setup different enclosures for different reptiles. I also want to get into care guides too occasionally. I took a break from them because there's several different accepted care techniques for reptiles and when I make care videos I tend to have heightened anxiety bc of those who object and disagree with my personal methods. I'm feeling much more confident lately tho and plan to get back into it within the next couple of months! This one was clearly more of an upgrade rather than a guide, but there will be more instructive videos in the future!
-----------------
WATCH MORE:
My Latest Videos - goo.gl/6Bwvua
CLICK TO SUBSCRIBE TO SUPPORT ME AND MY ANIMALS: goo.gl/1GlVxm
***** SECOND CHANNEL FOR MORE PERSONAL CONTENT: plgos.info/tv-Ps9eqGz7drHrgI5pKBIMGg
^^^^^^
I have a second channel where I plan to upload once every two weeks on thursdays or fridays (still deciding on set schedule). this channel will be for personal "fun" vlogs, plus chats on mental health and addiction, including following my recovery journey!
------------------
FOLLOW ME ON SOCIAL MEDIA:
TWITTER: taylorndean
INSTAGRAM: taylorndean 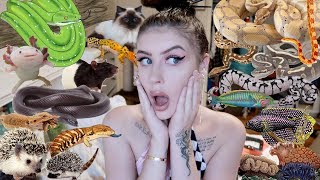 Feeding All of My Animals! (Why I Rehomed 12 Pets) 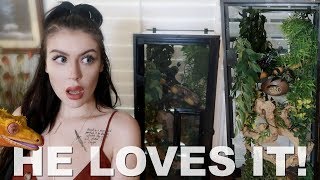 My Very First Reptile Gets a Cage Rebuild! (He LOVES it!) 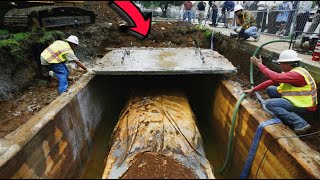 His Reaction to His Cage Remodel Was Interesting….?

Unboxing the TINIEST Snakes Ever!

I Tried Ordering Live Fish in the Mail

Feeding ALL My Pets in One Video 🍽| KristenLeannimal

I GOT A NEW BABY COWFISH!? (MY FRIEND SURPRISES ME)

My Daily Routine as a Recovering Addict